Making sense of all that complicated photo jargon!

Photography is all about catching “pieces” of light to create an image with a chemical reaction (on film) or an electrical reaction (digitally).  It matters not which medium you use—the basics of controlling light are the same.  If you understand and use these basics you will be a better photographer.  It will allow you to be able to repeat y our successful images instead of them being happy accidents!  These accidentally good images usually happen when you use the Auto modes in your camera.  The auto modes are controlled by a little, tiny, rat-like brain, so you get what you get.  What I’m proposing is that you take back control of your camera by using the big brain—the big lump two feet above your…well you get the picture. Switch your camera into the manual mode.  It’s OK…it will not explode and neither will you!  If you want to ease into this a little at a time you could start with one of the semi-manual modes, like aperture priority or shutter priority, which we will discuss later.

To function in the world of “M” (manual mode) you need to understand the exposure triangle.  The three sides of this triangle are: Shutter Speed, Aperture (or f-stop) and ISO (“film” speed).

Your camera’s shutter can reveal much that the human eye alone cannot.  If you set your camera at say, 1/8000 of a second it can stop the fastest things man has made. By using long exposures, holding the shutter open for 30 seconds or more, your camera can gather enough faint light to reveal tens of thousands more stars than you’ve ever seen before.  However, to see these wonders at this shutter speed or any shutter speed longer than 1/15 of a second, you’ll need to mount your camera on a tripod for a sharp, clear image. 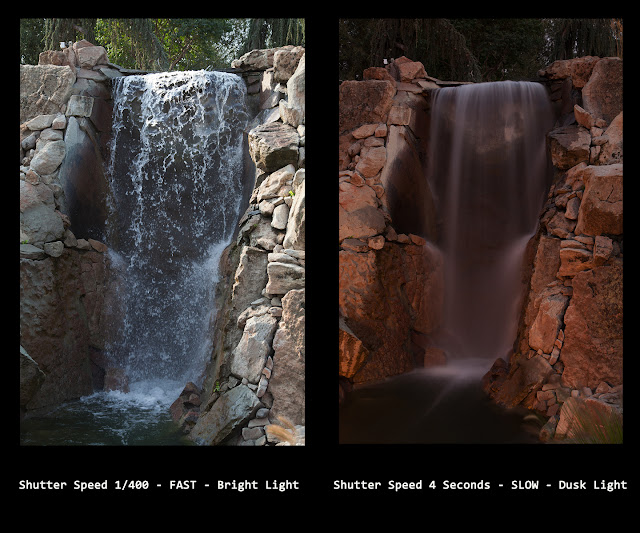 In the next article we will talk about the second part of the triangle, the aperture or f-stop, and all it’s creative uses.

Author:  Jerry W. Venz, Article Printed in the Eagle Informer 2011
Posted by The Goboist at 8:00 AM