BEING CREATIVE BY NARROWING YOUR VISION! Part 2 of 2

The amateur, and especially the tourist doing travel photography, will often take the wide view showing the whole subject and move on.  While that's fine, as an establishing image of where you were, it should only be the a starting point of discovery about your subject. To travel thousands of miles, spending lots of money to get there, and only do that snap-shot, that every other tourist does, is sad.
Here we are on the Isle of Capri, Italy; home of this beautiful old church (Santa Sofia, 1510). This is the view that all the tourists were taking--and it's OK. We had a great sky and I got as much of the church as I could with my lens at 19mm--the very narrow streets prevented me from backing up any more!


Moving to the left side of the church I see that the front is a facade build-on to the ancient part of the church!  So, zooming in and changing to a vertical position I could frame the old with the new parts of the church.  This tells the story of the church in Layers.  Oh, and the clock was still working!

A difficult image to get--the whole ship and from a nice elevated angle.  In a very rare situation I photographed this Princess cruise ship that we had sailed on in the past--from the current Princess ship we were on.  It just showed up in port and parked behind us!

While it's probably the best photo I've taken of a whole cruise ship I would not put in on my wall--it's a "Record Shot." 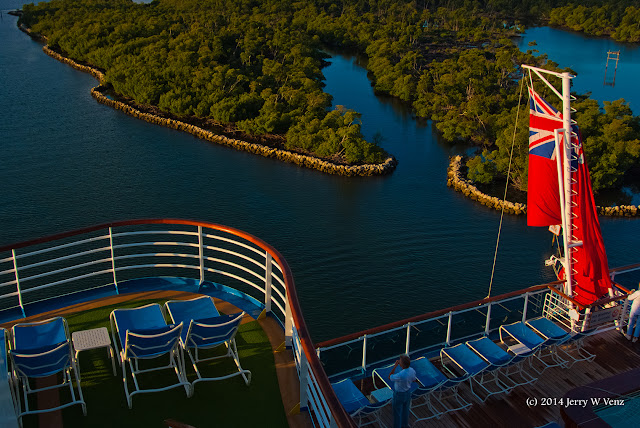 To create something more artistic you need to use a part of the ship (foreground) against some interesting environment (background) and make them a nice composition. 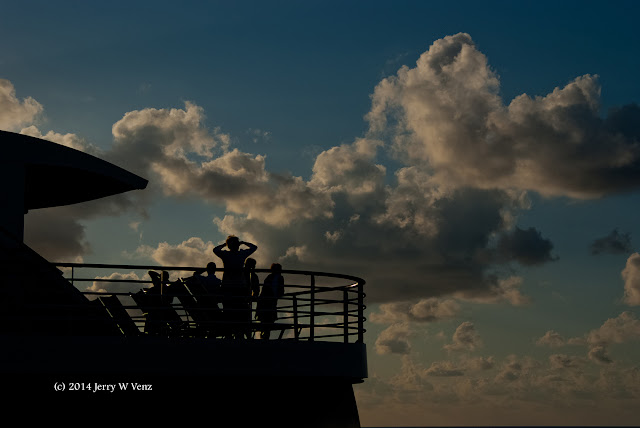 You don't even have to show much of the ship.  Here I implied it in silhouette, exposing for the sky, with people looking to the sunrise. This would go great on the wall--Large.

I'll say this again…don't be that safe, distant, observer!  Go beyond the "record shot" and show a different point of view.

Don't hesitate to ask questions or make a comment. 'Til next week…