I like my B&W images to be very dramatic. If the color image I start with does not have dramatic lighting for texture or at least dramatic blacks with good contrasting whites then I leave it as a color image.

This first image conversion is from an Ektachrome High Speed Color slide from a cemetery series I did back in 1975.  I did not scan the slide to create my working digital file—I photographed it using my Canon 5D MKII using a macro lens. To see how I did it check out my YouTube video, Copying Slides and Negatives with a DSLR…you’ll find the link located at the bottom of the article.

For this conversion I worked with the 25.7MB RAW file in ACR (Adobe Camera Raw). Like all the other Pros on the web, I’ll warn you not to just de-saturate your file with that tempting slider, at the bottom, in ACR Basic; that’s a No, No!
Here’s my original color image…. 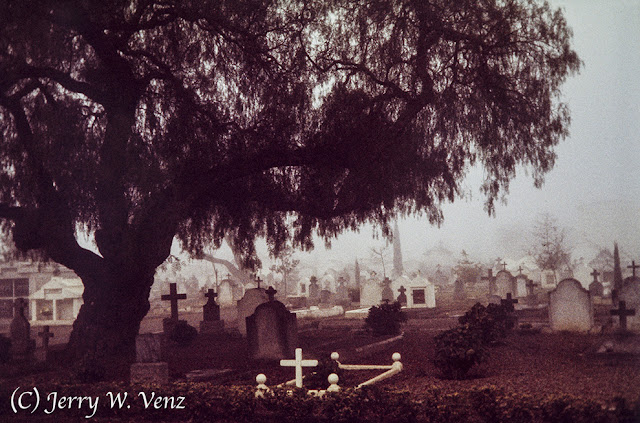 Because I wanted this image to be grainy I used Kodak Ektachrome H.S. Daylight film and had it pushed to 1000ASA. This produced nice big grain, but also induced the brown cast in the slide that I never really liked.  So, 42 years later I have a B&W version of this image that I’m happy with!

For this next image we’ll start with a digital file from my old Fuji Pro S5 camera done in this century! Like last time here’s the end result… 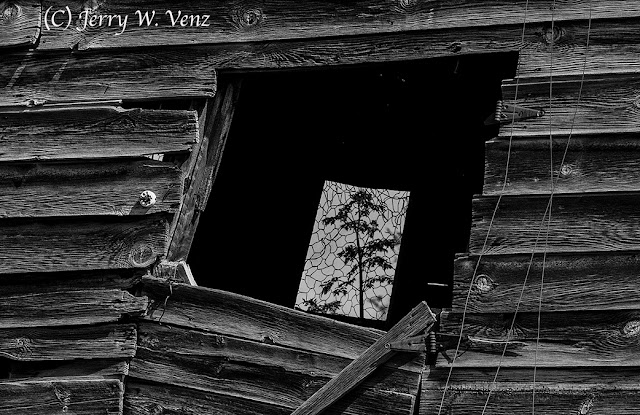 This conversion was done using the ever popular NIK, Silver Efex, Pro 2 software. This is probably the easiest, and at the same time, really effective B&W conversion out there.
Here’s the original color file…
This was a nice vertical image in color, but I think the weeds were a distraction from the old barn wood when converted to B&W.

I tend to do a lot of cropping in post; when I see my images in two-dimensions I often see something I didn’t see on location.