I’ve been revisiting my archives back to my early digital files, some as far back as 2000, when I got my first digital camera. What’s nice to see is that those old CD’s (Yes, CD’s!) can still be opened on our new computers and loaded into Photoshop!

I can open these old JPEGs in Camera Raw and do my favorite tweaks I do today with my new DSLR’s RAW files. After that I go to my favorite plug-ins for some artistic interpretations.

Here’s a finished artistic version of a file from 2003… 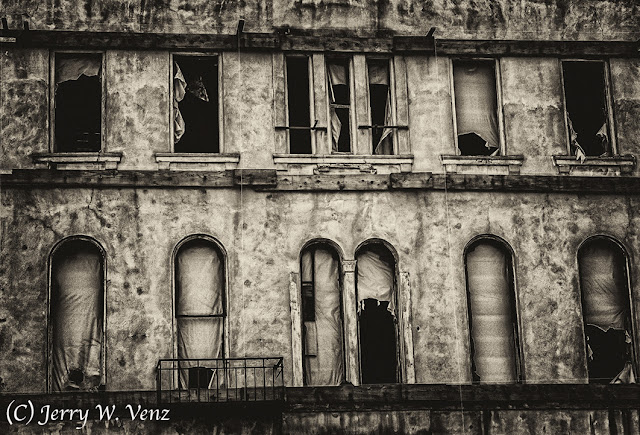 This image was form my second digital camera—the Fuji FinePix S-2 Pro, which produced jpegs at around 4.0 MB. Not much by todays standards, but we managed, with careful exposes, to produce some outstanding 30x40 images from our S2’s back then.

Step 2—NIK Silver Effects Pro 2—Used the Antique Plate 2 and modified it to my B&W taste.

This was an old hotel under renovation in Sacramento, California. I thought, with those ripped and tattered window shades, that it had the kind of creepy vibe that I could do something with. 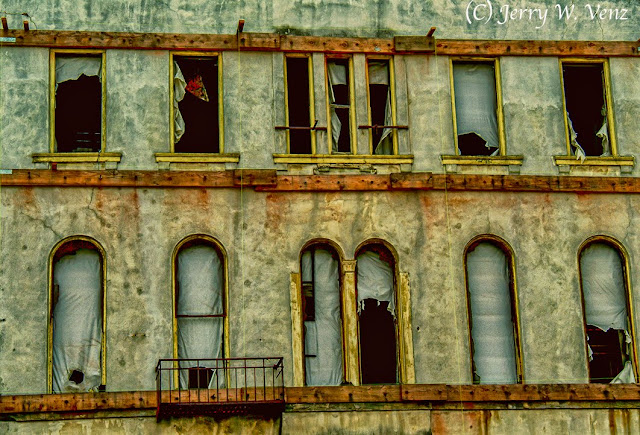 I like this version mostly because of that red triangle in the second window (top left). It looks like a broken shard of glass.  I like the rust stains on the paint beneath the windows as well.